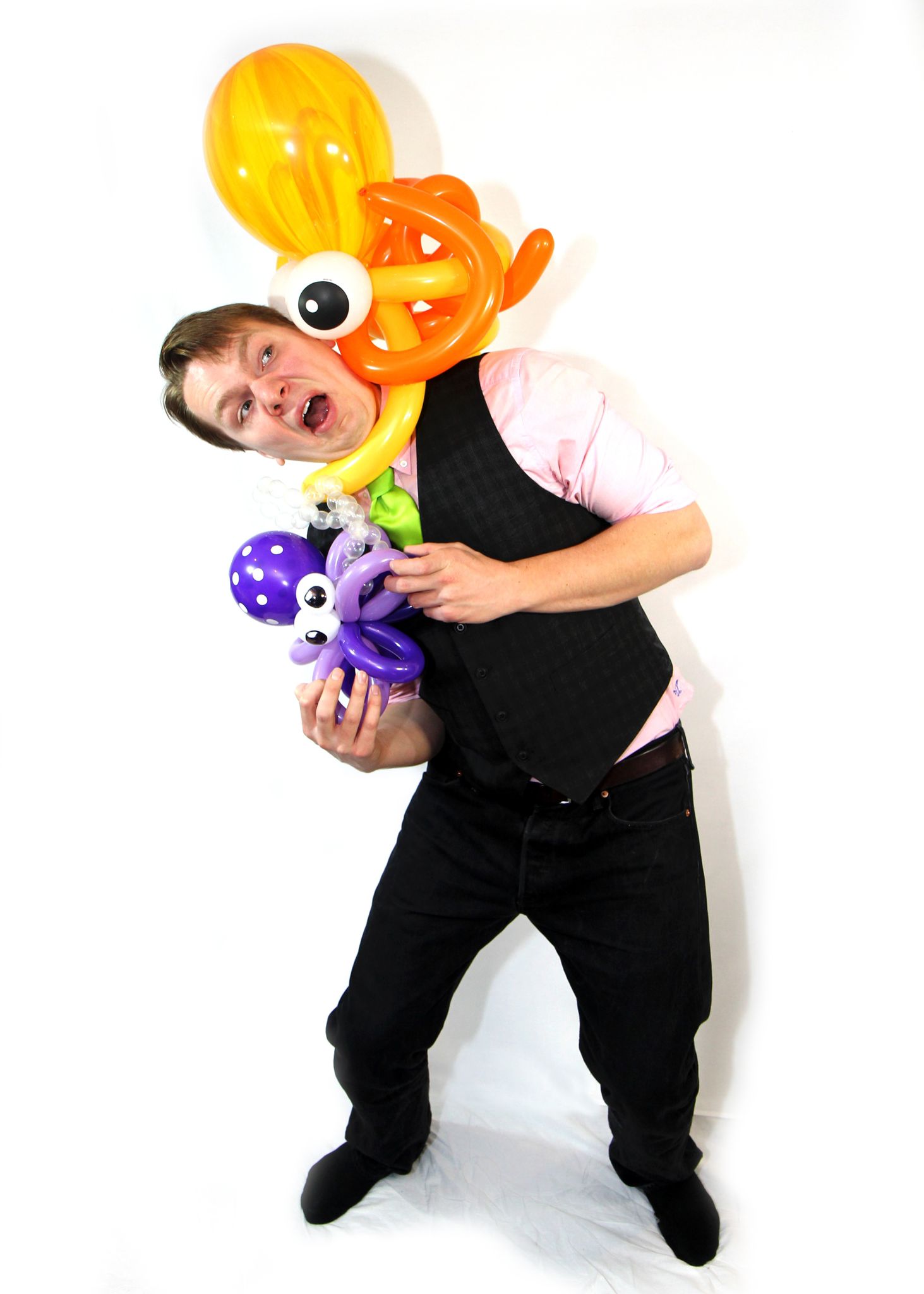 “We wanted to thank you for being part of our party and our friends couldn’t stop talking about you.”
- Jessica
“You rocked it! Everyone is raving about how good you are… Thanks for twisting at Armand & Giselle’s First Birthday!!!!”
- Alita
“Thanks again for coming to our June Jamboree I hope you will come again next year. 😉 “
- Patricia
“I just wanted to thank you again. You are absolutely fantastic – everyone had such a great time and you are so very talented. Thank you, thank you, thank you.”
- Joanne
“Thanks again for coming out and entertaining the kids yesterday. I received lots of positive comments from the parents about how great a job you did. Everyone was very impressed. We will definitely keep you in mind for next year’s picnic, and I’ll be sure to give your contact details to anyone here in the office that asks about you.”
- Mike
“Thanks again for all your help on Saturday! You were really a hit! So much so that some exhibitors kept coming by asking for you, and were disappointed that you weren’t there on Sunday.”
- Mike
“Twistin’ Sam spent just over two hours at the Kelowna branch of the Okanagan Regional Library. He was able to make unique pieces for each child based on their requests. The Youth Services Assistant who was present reported, Sam is amazing! He would be really great to have here as some sort of entertainment on the first day of Summer Reading Club registration. There is still a lineup of kids and he has been going straight for over an hour. So far I have seen bunnies (different styles), motorcycles, a lion, a mermaid, an alien, flowers, a peacock, penguins and anything else that the kids request. Thank you to Twistin’ Sam for bringing joyful smiles to many Okanagan families!”
- Ashley Machum

“I first saw Sam twisting balloons in my son’s kindergarten class. The kids were amazed when he could suddenly take boring balloons and turn them into hats and creatures. It was a madhouse, but he never got flustered or impatient. He was simply wonderful with the kids. He’s one of those people that children like automatically.When it came time for the big fundraiser at the school I asked Sam if he could make a couple of mermaids and schools of fish out of balloons, to complement the Under the Sea theme. It was a shock when he arrived with a spectacular twelve foot long mermaid! His fish schools, octopi and smaller mermaids were simply wonderful.This year I’ve asked him to make two large elephants to go with our Bollywood theme and as always, he’s happy to create something he’s never attempted before. Sam is enthusiastic, creative, and a terrific balloon twister. I would highly recommend him for any child or adult event.”
- Kelly Ryan